Du er her: Institut for Statskundskab Forskning Forskningsprojekter The Rise of Modern Democracy

The Rise of Modern Democracy

The great problem of our time is the organisation and establishment of democracy (Alexis de Tocqueville [1835] Democracy in America) We are living in a golden age of democracy. Although sceptics continuously point out flaws in democratic practices around the world and direct attention to the many autocracies still in place, the world is, on average, more democratic than ever before (Hansen 2012). However, as recently as the French Revolution, democracy was a pejorative concept, and the institutions and practices in even the freest countries, England and the US, did not fulfill criteria associated with modern democracy. Just after World War I, the first heyday of modern democracy, the picture was fundamentally different. Significant change had taken place regarding the principles underlying modern democracies, i.e., free and regular elections, mass suffrage, executive accountability, and political liberties in the form of freedom of association and expression (Dahl 1971). Not only had these ideals jointly gained broad acceptance as the best form of government; they were also formally recognized in the constitutions of most countries in the West – and governments observed them in practice to a higher extent than previously (Bryce 1921; Kelsen 1920).

However, there all still important gaps in our knowledge about the intermediate steps of the so-called first wave of democratization. First, most previous studies of the early history of modern democracy have primarily been occupied with the changes in and differences between main understandings of democracy (e.g., Dunn 2005) rather than if citizens actually enjoyed the democratic rights in practice. Second, studies of single countries have dominated the literature (e.g., Friisberg 2007; Garrard 2001), meaning that comparative attempts to reveal more general patterns are lacking. Third, the few comparative studies have mostly taken an aggregate and rather crisp view of democracy. Based on this vantage point, researchers have tended to read history ”backwards”, and stepwise and asymmetric developments of subcomponents of democracy have not been adequately captured (Capoccia & Ziblatt 2010: 939-942; Ziblatt 2006).

Against this backdrop, I pose the following research questions: What were the dominant patterns of democratic sequencing during the first wave of democratization? In my attempt to answer these questions, I address each of the emphasized limitations. Hence, the book will have an explicit focus on de facto respect for democratic rights during the ‘long nineteenth century’ (here: 1789-1920) rather than merely de jure regulations or the history of democratic ideas. Moreover, the empirical overview and analyses will be based on a broad comparative perspective, covering all countries in Europe and the Americas. The results from the comparative analysis then inform the selection of a number of representative cases of different pathways for more in-depth scrutiny.

The current absence of fine-grained and systematic comparisons can be explained by the lack of comprehensive, disaggregated data. Yet, I have privileged early access to a new, detailed dataset on democratic institutions and practices for all sovereign and semi-sovereign countries from 1789 to 1920, which is being collected through the Historical Varieties of Democracy (V-Dem) project – an offspring on the prize-winning V-Dem project (see www.v-dem.net). The dataset contains more than 200 indicators that cover into various aspects of states and political regimes. About half of these indicators are coded by country-experts specialized in political history, while the remaining data have been collected by project members or research assistants. This rich source facilitates the mapping and investigation of relatively nuanced changes in various subcomponents of democracy.

This research endeavor is a response to Ziblatt’s (2006: 333) call for a more detailed conceptualization and analysis of early processes of democratization. They were not characterized by synchronized transformations, where all features of democracy were simultaneously introduced in a peaceful manner (Berman 2007; Collier 1999). Rather than moving in lockstep, different aspects of democracy historically replaced autocratic procedures in different speeds and at different times – and the sequence differed between countries. To illustrate, Denmark abruptly introduced relatively broad manhood suffrage and political liberties in 1849, while the struggle over executive accountability to the parliament continued until 1901 and was not settled until after the Easter Crisis in 1920. In contrast, the UK experienced a more gradual increase in respect for political liberties and enfranchisement, while in Colombia universal manhood suffrage and elections for the executive and legislative bodies were frequently interrupted – and when on track, they were mostly combined with a flagrant discrepancy between formal regulations and the actual practices regarding election quality and civil liberties.

To systematize the study of such differences in political regime types and changes, it is important to identify the core attributes of modern democracy. I therefore anchor my understanding in Dahl’s (1971) seminal definition of polyarchy (his term for ‘real-existing’ democracies) as the combination of inclusive citizenship, elected officials, free and fair elections, associational autonomy, and freedom of expression. The fulfillment of these criteria will be analyzed from a disaggregate perspective using the comparative sequential method, i.e., a systematic comparison of several historical sequences that combines cross-case analysis of patterns and within-case analysis of processes (see Falleti & Mahoney 2015). In doing so, I follow Ziblatt’s (2006: 334) advice to focus on “the range of combinations of reform and safeguards that occurred during episodes normally described as democratic”. This could be the expansion of voting rights, increased powers to the parliament to hold the executive accountable, or the lifting of censorship regulations or bans on opposition parties.

The project is based on the expectation that, historically, the different attributes of democracy have often been created sequentially and that the combinations were often nationally distinctive due to some degree of functional equivalence because the ruling coalition can try to keep the opposition/masses from political power in different ways. However, for a number of reasons, the regime types were likely to cluster in a rather limited number of configurations. First, similarities in the underlying conditions, such as state-building (Ertman 1997) or the distribution of power resources between the social classes (Rueschemeyer et al. 1992), tend the limit the diversity. Also, interdependence between subcomponents of democracy could reduce the variation in trajectories since improvements in one area, say, freedom of expression media, could be translated into improvements in others (such as clean elections) by putting controversial issues on the agenda, allowing oppositional voices to be heard, and promoting accountability and transparency. Finally, the functional logic of other institutions also would reduce the variation. For example, the problem of executive accountability was in some respects particular to monarchies (Przeworski et al. 2012), and countries characterized by strong traditions of rule of law were not likely to experience much electoral fraud or violations of political liberties (Maravall 1999).

We should expect these systematic patterns in the sequencing of free elections, executive accountability, and liberal rights to matterd for subsequent democratic stability. More particularly, I propose that limitations in suffrage and executive accountability in the context of free elections created a situation where the political elites learned to live with and increasingly accept democratic procedures. In contrast, where democratization was more sudden and concerned all dimensions or where fraud from the beginning undermined the quality of elections, this habituation did not happen, meaning that the democratic institutions were continuously contested and free elections got interrupted by coups and backlashes. 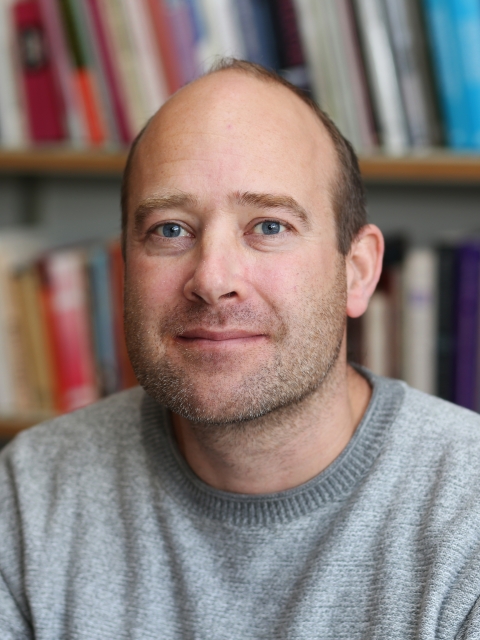